Anna re-joined ABR in February 2016 having originally trained at the firm before qualifying as a solicitor in 2013. She became a member of the criminal defence duty solicitor scheme in 2014.

Anna defends people detained at the police station and also acts as solicitor at the Magistrates’ Crown and Youth Court.  Having obtained Higher Rights of Audience in 2016 Anna has the necessary skills and expertise to allow her to appear as advocate when defending clients in the Crown Court as well.  As a solicitor advocate Anna possess a qualification that few of her peers currently possess and is a recognition of Anna’s particular expertise as an advocate.

Anna is a graduate of the University of Leeds (LLB) and the University of Manchester (LLM). She undertook the LPC at the College of Law in Manchester, graduating with Distinction and the Burton Copeland Award for performance in Advanced Criminal Practice. Prior to becoming a solicitor, Anna spent several years defending people as a Crown Court Clerk and Police Station Adviser and over the years has defended a full range of offences from minor theft and motoring offences to gang-related gun crime, serious assault and murder. Anna therefore has a wide range of experience in particular as a defence solicitor for those accused of sexual offences, historic sexual offences and possession of indecent images.

Anna is also experienced in defending those at risk of losing their driving licence and preparing and advancing specialist arguments including exceptional hardship, special reasons and generally defending all motoring offences.

R v B (Wakefield Magistrates’ Court) Anna acted as defence solicitor for a care worker accused of assaulting care users following an allegation made by a disgruntled colleague. Anna secured an acquittal in the Magistrates’ Court on all counts and the client’s professional reputation was upheld.

R v B (Birkenhead Magistrates’ Court) Anna successfully advanced special reasons on behalf of a client whose motor insurance had been cancelled without his knowledge by his insurers. The Court was persuaded having heard defence evidence and submissions that no penalty should be imposed on the client and he was given an absolute discharge.

R v W (Leeds Crown Court) Anna acted as defence solicitor for a client accused of arson with intent/reckless as to the endangerment of life after a house fire. Anna prepared this case for trial in the Crown Court and alongside a fire expert was able to persuade the Crown Prosecution Service that the appropriate charge was the much less serious simple arson, resulting in a much reduced sentence for the client.

North Yorkshire Trading Standards v C (Teeside Crown Court) Anna acted as defence solicitor in this private prosecution brought by Trading Standards in respect of breaches of consumer protection regulations and fraud. Following extensive preparation work and analysis of expert evidence Trading Standards were forced to accept that their case was without merit and discontinue all matters against the client on the day of trial at the Crown Court.

R v L (Harrogate Police Station) Anna defended a client accused of murder following the sudden death of his partner. Anna provided advice and assistance in the police station and robust advice and early intervention with the police resulted in the client being released without charge.

R v M (Leeds Bridewell Police Station) Anna defended a client accused of possession of indecent images of children. The client’s instructions raised a technical defence that is beyond the expertise of some practitioners. Anna however, provided robust advice and assistance in the police station that framed the client’s defence for the post-charge elements of the case. He was subsequently found not guilty at trial. 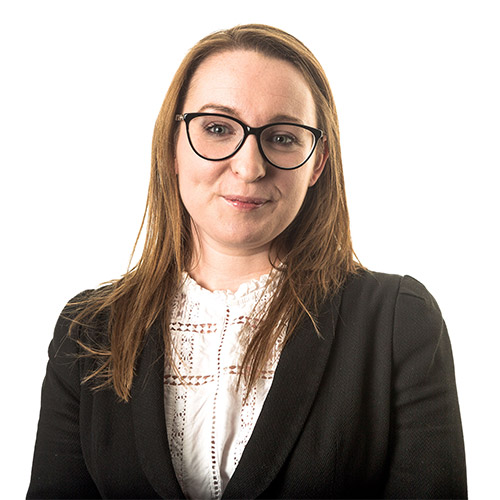